“In terms of musical styles, my solo career is supposed to stand for everything that the current Waltari is not. Waltari´s sound is moving nowadays more and more into progressive metal, so, as a solo artist, I want to impress all the other musical passions I have in my head.”

In October 2007 Kärtsy took contact to a young (17-year old) guitarist called Pyry Nikkilä,  wanting to start writing some pop songs with him. Pyry had had a try-out to WAX Real Time Orchestra (Kärtsys live side project) some months before as a guitar player, and Kärtsy got a good impression about this young talent. Kärtsy had never really seriously tried to do real pop rock music so far, so this new target started to feel exciting. At the same he heard that Sunrise Avenue ( a big Finnish poprock band, which had a lot of success in Europe with their album One Way To Wonderland) had given up their second guitarist Janne Kärkkäinen, so he immediately called the guy and asked him whether he wanted to join the group as well. Janne said yes, and for drummer they also found a young raising talent called Vellu Yli-Mäyry (Muusa, Jani Wickholm).

In December 2007 the line- up already started to do a kind of hush-hush low profile club gigging around Finland to run in this new line-up. Onstage they have also had two additional members Marko Haataja (bass) and Janne Rintala (keyboards) from the Finnish rising newcomers Blanco and Firenote. During spring 2008 Kärtsy Band started to seek for a label for a real solo cd and then in winter 2008 the new label called IVK Music and Kärtsy agreed upon co-operation. They hired for producer, a very experienced one with all the Finnish top radio acts,  a man called Tero-Pekka Virtanen and the recordings for the first album with this line- up started in April 2009.

Still, the history of Kärtsy’s solo career leads much further into the past. 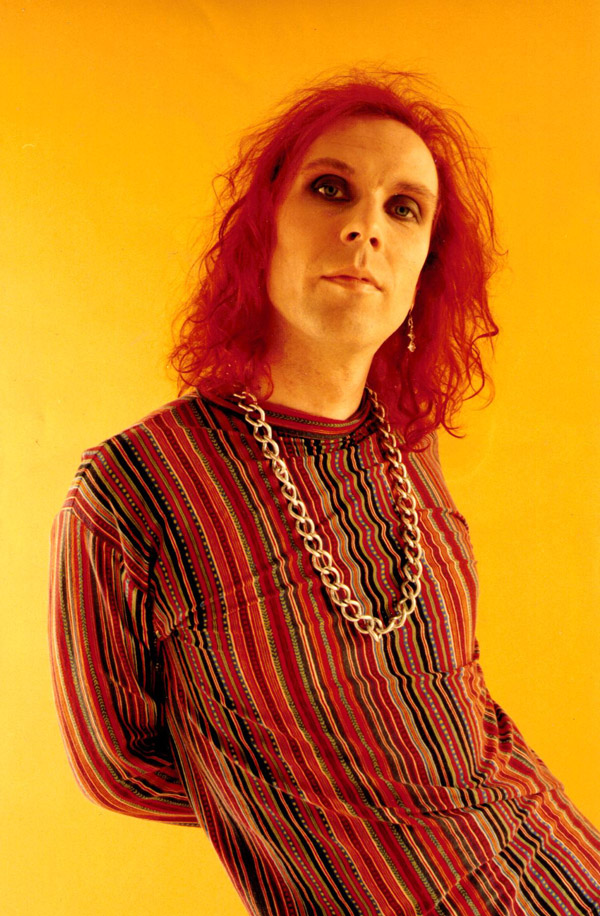 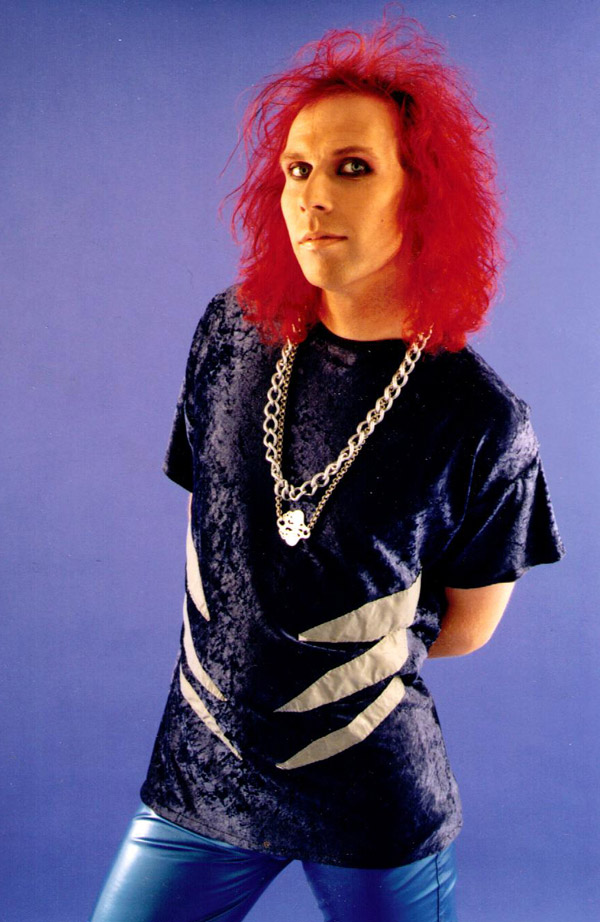 In the year 2000 When Waltari took a break, first time after 14 hectic years, Kärtsy saw a chance to sow the first seeds of his solo career, at that time in a form called K2, and released two electronic dance singles through EMI. He already had had for many years an idea to start to do some stuff outside Waltari as well, since his musical idea bank never seems to dry out and the new musical ideas just were following up one after another all the time. The overhectic Waltari timetable just didn´t seem to give him any chance to this until now. The exact musical idea to do dance stuff came from the big cross- over hip hop act in Finland called Bomfunk MC´s, a very famous one at that time ( best known for their “Freestyler” hit single, the biggest selling hit in Europe the year 2000!). Kärtsy had been a quest star in their smash hit album “In Stereo” (Sony 1999) in a song called “Sky´s The Limit”, which turned out to become a huge radio hit in Finland. Their producer JS 16 (also very well known globally for his massive production for Darude´s Sandstorm hit) got together with Kärtsy to produce his first solo single” Lights Go Wild” and it was released by EMI. The second EMI single was then produced by Hakan Lidbo, also a well known Swedish dance producer. For some reason Kärtsy still didn´t feel comfortable in changing his style throughout and suddenly to dance music, and when Waltari then decided to get back again after a one year break, Kärtsy was again massively back, creating  new plots with his dear cross- over metal monster. And it took as long as 7 years for him to get back to this solo career again, this time on a very serious level. It was then the year 2007 and this time the idea was to remain there for good.

Meanwhile, this decade, Kärtsy had some side projects going on besides Waltari, like his massive musical contribution to the  legendary multipopular pc computer game called “Max Payne.” To these two games “Max Payne” 1 and “The Fall Of Max Payne”, he made the internationally respected and also awarded soundtracks with Kimmo Kajasto, the legendary Finnish electronic sound monster ( Rinneradio, Koneveljet). The games turned out to be huge hits globally with sales more than 6 million units altogether. More studio work was done in 2003 when Kärtsy was asked to compose theatre music to a piece called “Akseli ja Eelo.” This work was also released as a cd called “Akseli Ja Eelo” (2004 IHT), and therefore can be considered Kärtsy´s first full length solo cd.

Kärtsy had also been doing quite a lot of live shows with his houserock line- up WAX Real Time Orchestra, mainly in Finland though.WAX´s idea has been created by Jori Hulkkonen, the globally well-known house dj and -artist. The purpose is to play legendary and popular underground house hits as guitar versions without any keyboards or programming. The line up consisted of very well-known  Finnish top musicians (members of Apocalyptica, Ultra Bra, Ismo Alanko Säätiö, Waltari etc.etc.), and was a kind of an all star gang. A WAX´s visit at one of Londons most legendary techno clubs, Fabric, proved this line- up to be a killer live act and a satisfaction- guaranteed party band, with their neon masks and light cable clothes. The band was about to start to record as well, but almost as soon as they had signed to the Finnish label GB Fam, and after getting their first single “Smalltown Boy” ( cover of an old Bronski Beat classic) out, the label ceased to exist in 2007, and due to those changing circumstances Kärtsy’s mind then already was heading towards the next and current step in his solo career… KÄRTSY BAND! 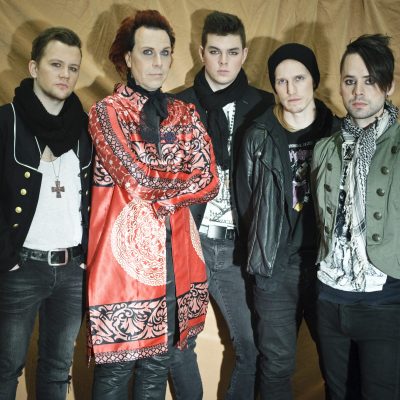 The lead guitarist in the band is called Nino Silvennoinen.

In autumn 2010 Kärtsy called him and asked if he cared to try out the lead guitarist position. It seems that Kärtsy approved of his playing because since then he has been the bands mid-frequency cannon.

Nino lists as his most important influences Eddie Van Halen, Marzi Nyman and Garfield. Other bands that he also tries to create music in are Breakneck (Guitar & lead vocals) and Waltari (Guitar). Nino states that he doesn’t care to categorize music. He shares the same ideology with Kärtsy that music should have no limits. “If I write a song, it could be death metal or pop, depending on how I feel at the moment.” A good example is Breakneck which combines metal, pop-punk and various flavors of other music styles.

Drummer in the band is called Jukka Rautio. Jukka was introduced to Kärtsy in the fall of 2012 by Nino, with whom he plays in another band Breakneck. After filling in for a number of gigs, he was shortly after asked to join the band as a permanent member.

In addition to Kärtsy and Breakneck, he also plays in Lame Duck.

He states that, among many others, he’s been influenced by such drummers as Travis Barker, Adam Gray, Matt Halpern, Jason Pierce and Josh Freese.

Bassist in the band is called Ismo Myhrberg. Ismo is slapping the shit out of the bass in various bands since 1996 such as The Dead Musicians Society, Sad Circus, Tuhataurinko, Thousand Years and Idlewolf.  He joined Kärtsyband in early 2011 and currently he is also playing in the Offendead ,which is kinda southern-rock style band. Flea and Steve Harris have been the most important influence in creating his tone and techniques. Gear: Peavey amp and Spector bass (no effects, he ike it “clean” and with beer too)