Even though Waltari has become famous worldwide, Kärtsy has managed to reach an even larger audience with his soundtrack compositions in a form of those legendary pc games Max Payne and The Fall Of Max Payne (Remedy Entertainment). Kärtsy with the another composer Kimmo Kajasto were given the Best Original Instrumental Song award in the Game Audio Network Guild Awards in USA 2003. Also the original theme song of the first game was nominated on British Academy Of Film And Television Arts BAFTA 2001. The games together have sold more than 6 million units worldwide!

The story of the soundtracks:

After 14 years of heavy activity, Waltari was taking a first real break in 2000. At that time, Petri Järvilehto, Kärtsy´s cousin´s son, suddenly contacted him. Of course, being Kärtsy´s relative, Petri had been following intensively Waltaris career and specially liked the bands death metal symphony CD Yeah Yeah Die Die a lot. Petri and his small new game company in Espoo Finland, called Remedy Entertainment, now tentatively approached Kärtsy and asked him, if he had any time to help Petri and his buddies with their new game project called Max Payne while the band was having a break. They urgently needed somebody to compose a soundtrack for it. Some other guy had already made some music for them, but the result was not really what they were looking for, they wanted something different, more like a movie score or so. Petri had called him just in time, as Waltari was starting this break and Kärtsy was now seeking for some new challenges and, sure, also as a full time musician needed some work for this period . 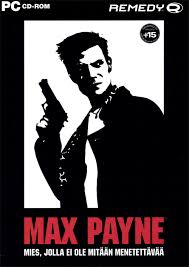 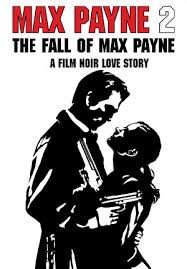 Kärtsy tells: “It sounded as an interesting approach, since I´ve been a lot into techno and all kinds of electronic music during the whole 90´s and been enthusiastically looking for a project where I could concentrate only on watching the screen and creating the music directly there, not in a rehearsal pIace with the band. In the 90s the bands mostly still were creating music live and recording music analogically, so this kind of “doing merely computer music” had then been one of my dreams for some years already. Only problem I had with it, was that my personal equipment at my work station was not technically good enough to bring this matter to a conclusion, so I needed help. I then remembered my programmer friend, Kimmo Kajasto, and took him also into the project as a partner, as he had better hardware and also a very good reputation as a sound designer at that time in a well- known Finnish band Rinneradio. I also got to know Kimmo through the Yeah Yeah Die Die project a few years before, in which he had a small part too.

We got a couple of  paper sheets from Remedy and we went through the songs and their locations in the game, what kind of music for which part would be needed, which kind of atmospheres  etc.. Then we separated them as songs, three-to-four-minute loops. We got a VHS tape about the game locations and the instructions of what was happening in which location. For Max Payne 1, I made the demos by myself at my work station using my own hardware, and then took Kimmo along and asked if I could transport my demos onto his computer and then he could add some more ideas into those and we would take care of the post-production together. With Kajasto, I finished the score just according to the Remedy instructions and some funny sound experimenting with Kimmo, and suddenly we found out that the game had sold 3-4  million units worldwide. Boy, now that was really something:).”

The Max Payne game 2: The Fall Of The Max Payne was naturally made right after, because the first one had been such a huge worldwide success.

“In this game # 2 we were asked to go more into the “film noir”-type of orchestral sound, and the project was maybe made a bit more carefully and seriously. It was great, and even pretty easy because of my experience in 2 rock/classical projects with Waltari before, to do the 2nd one. Also the progression of the orchestral samples had been huge after the 90s, so it was a big pleasure to get to know this classical sample- world we have in use in today´s software. We needed a real classical instrument only in one spot, with Perttu from Apocalyptica playing live cello in the new version of the MP theme, otherwise the whole score was entirely made of samples. We finished this game part two just in time before Waltari released their next album Rare Species and I was back in the band stuff again. Lately I haven´t had so much time or opportunities to make more score music for games, but who knows what will happen in the future. It would be great once more, with these projects being very enjoyable and cool to make.”